OA research in the news: The value of higher education

Is the cost of a university degree worth it? It’s a question on the minds of many American families in an era of high unemployment and rising tuition costs. Scholars and policymakers at an on-campus forum last week suggested that though expensive, college is valuable both to individuals and the country at large. Labor economist David Autor pointed to evidence showing that college graduates earn $250,000 to $300,000 more over their lifetimes, regardless of undergraduate major. Autor is co-director of MIT’s School Effectiveness & Inequality Initiative, whose mission is to study issues related to the economics of education. Moderator and economics professor James Poterba said that higher education is “an extremely important sector of the U.S. economy,” representing about 3.5 percent of the national GDP.

Explore Professor Autor’s research and Professor Poterba’s research in the Open Access Articles collection in DSpace@MIT, where it is openly accessible to the world. 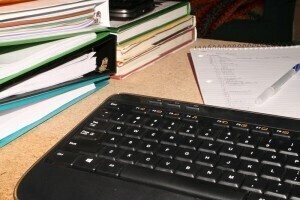 Learn with the Libraries this fall! Click on a workshop for more information and to register. All workshops will be held...