The boycott of Elsevier started by mathematician Timothy Gowers has rapidily grown to nearly 5000 names, including at least 45 from MIT. MIT signers, who constitute nearly one percent of participants, come from all across MIT, including Biology, CSAIL, EECS, Linguistics, Math, the Media Lab, Philosophy, and Physics.

“I signed the petition simply because I believe that if taxpayers fund research, they should have access to the results of that research without going through a paywall,” says EECS Professor Seth Teller.

Those taxpayers would not have access to government-funded research if Elsevier has its way. Elsevier supports the Research Works Act (RWA), which would prohibit the government from requiring authors to openly share articles that result from the research it funds, thus making the existing NIH Public Access Policy, or any others like it, illegal.

For Professor Scott Aaronson, “signing this petition was a no-brainer.” He “started boycotting Elsevier and most other commercial publishers as a graduate student, because the economic model didn’t make sense” to him. “I couldn’t understand why academics were (1) donating their papers to publishers like Elsevier, (2) signing away their copyrights, (3) asking their universities’ libraries to buy *back* the papers at exorbitant, ever-increasing costs, and (4) even reviewing the papers (an onerous burden) free of charge, all while I could see for myself that the publishers were providing little or no ‘value-added,’ since most people just downloaded the papers from the arXiv or the authors’ homepages anyway.”

For Professor Aaronson, this boycott has been a long time coming. “I’ve simply been waiting for what I saw as the inevitable moment when a critical mass of academics would ‘wake up’ to the issue” that the existing publishing model, with ever-increasing prices, was “unsustainable,” he says. “Now that one of the greatest mathematicians on earth (Timothy Gowers) is spearheading the boycott movement, and dozens of other leading figures in the mathematical community have declared their support, that moment may have arrived.” 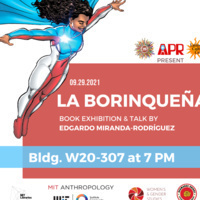